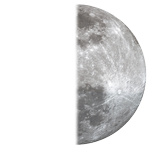 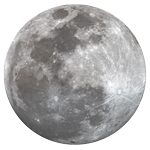 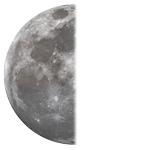 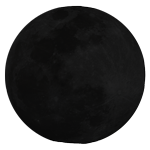 NO MAJOR METEOR SHOWERS THIS MONTH

Several minors showers will be active during February.

February offers the meteor observer in the northern hemisphere a couple of weak showers plus falling sporadic rates. This may not seem too exiting but you never know when surprises are in store. An errant earth grazer from the Centaurid complex may shoot northward. Better yet, a bright fireball may light up the sky. February is the start of the evening fireball season when an abundance of fireballs seem to occur. This lasts well into April as seen from the northern hemisphere

The large Anthelion (ANT) radiant is currently centered at 09:44 (146) +14. This position lies in western Leo, 5 degrees northwest of the 1st magnitude star known as Regulus (alpha Leonis). Since the radiant is so large, Anthelion activity may also appear from eastern Cancer, northern Sextans, and northwestern Hydra as well as Leo. This radiant is best placed near 01:00 LST when it lies on the meridian and is highest in the sky. Rates at this time should be near 2 per hour as seen from the northern hemisphere and 1 per hour as seen from south of the equator. With an entry velocity of 30 km/sec., the average Anthelion meteor would be of slow velocity.

The alpha Antliids (AAN) are active from a radiant located near 10:32 (158) -10. This position actually lies in southern Sextans, 7 degrees north of the faint star known as mu Hydrae. I’m not certain how this stream was named as it the radiant lies a good 20 degrees north of the Antlia border. Perhaps when activity was first noticed from this source the radiant was incorrectly determined? This radiant is best placed near 0200 LST when it lies on the meridian and is located highest in the sky. Rates are expected to be near 1 per hour no matter your location. With an entry velocity of 45 km/sec., the average meteor from this source would be of medium velocity.

The omicron Hydrids (OHY) were discovered by Damir Šegon and the Croatian Meteor Network team based on studying SonotaCo and CMN observations (SonotaCo 2007-2011, CMN 2007-2010). “These meteors are active from January 26 to February 8 with maximum activity occurring on February 2nd. The radiant is currently located at 11:56 (179) -35, which places it in central Hydra, 3 degrees south of the 4th magnitude star known as xi Hydrae. These meteors are best seen near 03:00 LST when the radiant lies highest in the sky. Hourly rates are expected to be near less than 1 as seen from the northern hemisphere and near 1 as seen from south of the equator. With an entry velocity of 58 km/sec., the average meteor from this source would be of fast velocity.

The February Epsilon Virginids (FEV) were discovered by Kathryn Steakly & Dr. Peter Jenniskens using data from CAMS and SonotaCo. This shower is active from January 29-February 9, with maximum activity occurring on February 3rd. The radiant is currently located at 13:14 (200) +11, which places it in northern Virgo, 2 degrees east of the 3rd magnitude star known as Vindemiatrix (Epsilon Virginis). These meteors are best seen near 04:00 LST when the radiant lies highest above the horizon. Current rates are expected to be near 1 per hour no matter your location. These meteors are equally well seen from either hemisphere. These meteors encounter the atmosphere at 64 km/sec., which would produce mostly swift meteors.

The alpha Centaurids (ACE) are active from February 3-20, with maximum activity occurring on February 9th. The radiant is currently located at 13:28 (202) -56. This position lies in central Centaurus, 2 degrees southwest of the 2nd magnitude star known as epsilon Centauri. Due to the southern declination of this radiant, these meteors are not well seen in the northern hemisphere. Current rates are expected to be less than 1 per hour no matter your location. These meteors are best seen near 05:00 LST when the radiant lies highest above the horizon. At 56 km/sec. the alpha Centaurids would produce mostly swift meteors.

The pi Hydrids (PIH) were discovered in Dr. Peter Jenniskens and mentioned in his book Meteor Showers and their Parent Comets. Studies of the IMO video database by Sirko Molau and Juergen Rendtel confirmed the existence of this shower. These meteors are active from February 3-9, which maximum activity occurring on the 6th. At maximum, the radiant is located at 14:00 (210) -21. This area of the sky is located in extreme southeastern Virgo, 6 degrees northwest of the 3rd magnitude star known as Pi Hydrae. These meteors are best seen during the last dark hour prior to dawn when the radiant lies highest above the horizon in a dark sky. Rates at maximum are expected to remain below 1 per hour as seen from the northern hemisphere. Rates, as seen from the southern hemisphere, should reach 1 per hour at maximum. These meteors are visible over most of the Earth, with the southern hemisphere having slightly better viewing conditions. At 55 km/sec. the Pi Hydrids would produce mostly swift meteors.

Here are some tips on how to maximize your time looking for meteors and fireballs during December:

The Great Square of Pegasus arrives on the western horizon. The Royal Family swings into the NW: King Cepheus, Queen Cassiopeia, daughter Andromeda, and Perseus. Capella guides Auriga across the north. The Pleiades cluster (7 Sisters) lead Taurus, Bull west of Zenith. Gigantic Orion, Hunter strides across the south. His left shoulder star Betelgeuse has recently faded. As of January 2020, the variable star is at its dimmest since observations began in 1893. The magnitude is less than the bright star Rigel, Orion's right knee. Changes in magnitude occur in variable red supergiant stars. Brilliant blue Sirius sparkles in Orion's Big Dog in the SE.  Procyon, Little Dog, follows Orion. The Gemini Twins: Castor & Pollux climb higher in the east. The Dim Beehive cluster shimmers in Cancer, Crab, below the Twins. Leo, Lion stalks the eastern horizon. The Big Dipper rises in the NE.

3 planets visible: planetary line up: ruddy Mars (top), Jupiter, Saturn (bottom)  SE
02-   Mars lies 8 degrees left of red supergiant Antares in huge Scorpius in SE.  In binoculars compare the different red tones of Antares and Mars.
08- The bright Moon drifts 3 degrees from the Beehive cluster in the NE.
09- The Frost FULL MOON occurs 2:33 a.m.
10- Jupiter lies left of the Sagittarian Teapot and near the stellar Teaspoon.
16- At dawn, the Moon guides Scorpius into the south.
17- The waning Moon rises on the left of Antares in Scorpius.
18- The crescent Moon and Mars snuggle in a 0.89 - degree conjunction above the Teapot in the SE. An occultation occurs in the western U.S.
19- At dawn, the Moon floats 3 degrees from Jupiter.
20- Before sunrise, The old Moon rises 2 degrees below Saturn. Great view in binoculars!
21- Triple planetary line up in the SE: Mars- Jupiter- Saturn.
23- NEW MOON occurs 10:32 a.m.
The Summer Milky Way arches from the Teapot in the south to the Summer Triangle overhead.

Leo, Lion slips below the western horizon. Spica, in Virgo, twinkles near the SW horizon.  Bright Arcturus (red giant) sparkles in the west below the Big Dipper in the NW. The Little Dipper swings around Polaris, N. Star. Its handle is attached to Polaris. Vega leads the Summer  Triangle to the Zenith. Huge Scorpius crawls into the SW. The Sagittarian Teapot (center of our Milky Way Galaxy) shimmers in the south. Capricornus, Sea-Goat plods across the  SE. Pegasus (Winged Horse) climbs over the eastern horizon. The Royal Family arrives in the NE.
The 2020 WINTER STAR PARTY is scheduled for February 17th - 23rd.    REGISTRATION IS NOW OPEN